National League of Young Men, Inc. (NLYM), initially named Beach City Service League, was founded in 2007 in Newport Beach, California by Diane Edmonston and Mary Pat Lucas. Their goal was to provide a unique program of leadership, service, culture and protocol opportunities,  for the young men in their community, while at the same time strengthening the mother-son relationship.

In 2009 when additional communities began asking about how to start a chapter in their area, the name was changed to National League of Young Men, Inc. and a National Board of Directors was created to facilitate the chapters and pursue expansion.

Please visit the NLYM Chapters tab for an up to date list of our current Chapters.

NLYM is committed to providing a quality program and developing long-term partnerships that will provide benefits to not only the young men but also their surrounding communities. National League of Young Men, Inc. aspires to offer gratifying experiences for their young men and to help them learn that the greatest joy in life truly comes from serving others and discovering the confidence and courage to do so. 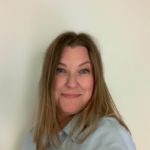 Karen grew up in Southern California and has lived in the Pacific Northwest for the last twenty years with her family.  As a mother of five (four boys and a girl), she keeps busy with school activities, volunteering and sports.  As a member of the West Bellevue Chapter, she has served on the Board for the past four years as VP of Philanthropy, President Elect, President and Past President. Karen is presently serving her second year on the National Board.  Karen enjoys gardening, cooking, reading and most recently has learned how to quilt.

Alyssa Edwards is a member of the West Bellevue Chapter. She spent two years serving as VP Membership and is the current Treasurer-elect. Her older son graduated from NLYM in 2021 and attends the University of Utah, and her younger son is in the class of 2023.

In addition to NLYM, Alyssa has served on the board of Kids Quest Children’s Museum in Bellevue and on several youth sports boards. She has worked at Alaska Airlines for 25 years in Human Resources and Operations roles. Alyssa grew up in Santa Barbara, CA and Ketchum, ID before moving to Seattle, where she graduated from the University of Washington (Go Huskies!). She loves spending time with her husband Michael, their two boys and their dog Zeus, reading, cooking, and entertaining friends and family. 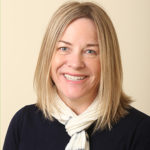 Sara is Founder and President of Tot Talk, Inc., an educational placemat company that sells to big box stores, online, and mom and pop toy, gift, book stores around the country. Prior to this, she worked for fortune 50 companies, including Procter & Gamble and United Technologies (UTC)  Her last role before founding her own company was General Manager of Carrier Corporation’s (division of UTC) reefer parts distribution business based in The Netherlands, covering Europe, Middle East and Africa.  Sara has a passion for animals and participates in causes wherever she can including raising signatures for Humane Society propositions and being on a team that helped lead the San Francisco Zoo board through their first strategic planning process.  Sara received a mechanical engineering degree from the University of Washington and a Harvard MBA.  She is married to a Frenchman and has two young men, George (17, senior) and Henri (14, freshman) and two fluffy girl cats, Boots and Bear.

Coventry was the founding President of Lake Oswego Chapter in 2015. She also served the chapter as GLAD and Provisional Trainer. She joined the National Board in 2018 as VP Chapter Support and began serving as VP Expansion in 2019. She has two sons who graduated with the NLYM classes of 2019 and 2021.

In addition to NLYM, she was has served on the City of Portland Civil Service Board, Youth Villages Auxiliary Board, founding board of Women’s Foundation of Oregon, and multiple school advisory boards and committees. She graduated from the University of Puget Sound with a BA in Psychology. She enjoys going on epic adventures with her husband and sons, listening to Great Courses while walking her dog, yoga, pickleball, cooking, and knitting.

Michelle Zenk is a founding member of the Irvine North Chapter of NLYM. She held the position of Youth Coordinator for two years and Website Administrator for two years. She also has served as the Chapter’s PVSA liaison for four years. She has served on the National Board as Recording Secretary and is currently serving as VP Technology.

Before relocating from Texas to California to raise her family, she worked in sales in the hospitality industry in New York, NY and in Sales/Event Planning at the Convention Center in Houston, TX. She is a graduate of the University of Texas at Austin and received her MBA from CSULB. She served on various PTO boards for her children’s schools and served on the board for Beckman HS Cheer Boosters and volunteered for Beckman HS Baseball Boosters. She held many board positions for Rancho Irvine Chapter National Charity League including Chapter President. She enjoys traveling and spending time with her family. She currently lives in Corona Del Mar with her husband, two dogs and two cats.

Andrea Crammer has been a member of the South Coast Chapter since 2017. She served as the Web Admin and Hours mom for the Class of 2021. She is currently serving on the National Board as Web Admin. Elect. Andrea has two boys in the class of 2021 and 2022. Along with working as a library media specialist, Andrea loves her book clubs, yoga and traveling with her family.

Annette is a pharmacist and community volunteer. In addition to NLYM, she currently serves on the board of directors of Voices for Children. She has served in executive capacities on a number of nonprofit boards of directors, including The Bishop’s School (president 2017-19), Gillispie School (president 2009-2012) and Las Patronas, a La Jolla-based philanthropic organization (president in 2014-2015). Annette received her bachelor of pharmacy from London University and spent 15 years working as a clinical pharmacist and in drug development in London and San Diego. 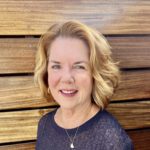 Claudia has been a member of the Newport-Mesa Chapter since 2017 and has held positions in her chapter as GLAD, VP Philanthropy, and Parliamentarian.   This is her first year serving as National Parliamentarian.  Her older son (20) graduated from NLYM in 2021 and attends the University of Colorado – Boulder.  Her younger son (18) graduated from NLYM in 2022 and will attend the University of Utah with his twin sister this fall.

Claudia is a practicing attorney in Newport Beach, specializing in representing non-profits.  Prior to opening her own practice in 2009, she was a partner in two national law firms in California and worked in-house in the reinsurance industry in New York City for fourteen years.  Claudia began her career in Seattle, Washington after graduation from University of the Pacific (Stockton, California) and McGeorge School of Law (Sacramento, California).

She grew up in Spokane, Washington and still enjoys the Northwest, spending time in the summer with family and friends at her lake home in Coeur d’alene, Idaho.    Claudia also serves on the board of the Second Harvest Food Bank in Orange County and is active in the Orange County Bar Association. 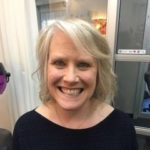 Elizabeth has been a member in the Lake Oswego Chapter since 2016.  She has held positions in her chapter as VP Philanthropy, Parliamentarian, GLAD and Recording Secretary. She has two sons in the organization – one graduated in 2020 and one in the 2023 class. She will start her second year serving as the National Secretary beginning in June.

Before relocating from Atlanta with her husband and sons, Elizabeth was active in her sons’ school PTA.  Prior to having children she worked for an engineering/tech company in their marketing department combining her interests from her days as an engineering student at Purdue University and a marketing student at DePaul University. 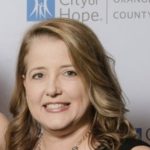 Melissa Billiter is a current member of the Irvine North Chapter of NLYM and her son is an active member.  She has served as the local chapter Website Administrator for 2 years and is now the VP of Communications for the National board.  Melissa also has a daughter who was in National Charity Leagues’ Irvine chapter for 6 year and is currently attending Cal Poly San Luis Obispo.

Melissa is strongly rooted in Southern California. She is the CFO of a privately traded company based in Newport Beach, CA, and holds her CPA license.  She attended University of California, Riverside and is active in the alumni activities at her alma mater.   When she is not volunteering or working, you can catch her at a hot yoga class or on the beach relaxing with her family. 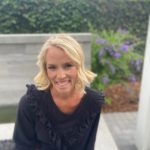 She has three boys and worked in Insurance up until her third son was born. She currently volunteers in a few organizations along with the PTO’s at each of her kids schools, she serves as the president of Coordinating Council and also on the Tustin Public Schools Foundation, where she chairs the Dinosaur Dash event. Along with volunteering in the community, she loves to run and also travel with her family. 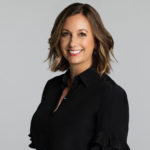 Jennifer Napierala has been a member of the Lake Oswego chapter since 2019. She has served as Youth Coordinator Elect, and Youth Coordinator. Currently she is starting her first year serving on the National Board as VP of Expansion. The role of expansion is particularly exciting to Jen as she loves to coordinate bringing newly established NLYM chapters into communities so that young men, and their mothers can benefit from the unique and enriching programming offered through the organization.

Jennifer has enjoyed a successful career in human resources and talent acquisition for the past twenty years. She has led the people & talent acquisition strategy for companies in the advertising, asset management, and hospitality space, and is currently Global Head of People Operations at a global media agency. Jennifer studied Political Science and Economics at California State University, Northridge. She enjoys traveling and spending time with her husband, two sons and her dog Wrigley. 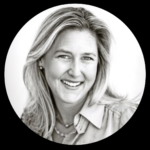 Amber grew up in Los Angeles, graduated from Pepperdine University, and completed her Master’s degree in Global Marketing and Advertising with Emerson College in Brussels, Belgium.  She has also lived in Germany, England, New York, Boston and San Francisco, where both of her children were born.  Amber returned to Los Angeles over 15 years ago, where she has been deeply involved in her community.  Amber was President of the fundraising 501c3 at her childrens’ LAUSD affiliated charter elementary school and has served on multiple school development and fundraising boards.  She currently sits on the school committee of the Laurel Hall School and is active in annual giving for the Harvard-Westlake School.  Professionally, Amber currently leads business development for Caden Concepts, and previously has co-founded a fundraising technology business and worked in marketing and business development for a number of software companies, including PeopleSoft, Kana and Atex Media Solutions.  Amber is a member of the Mid Valley Chapter where her son is currently a senior, and she has held positions as a GLAD and VP Youth Coordinator.  She loves traveling the world with her family, gardening, and caring for her elderly father.